They might sound similar, but the difference between digitisation and digitalisation is critical to understanding the impact of digital transformation, and why it’s such a high priority for most companies.

Resilience, underpinned by a complete digital transformation strategy, is essential to remaining competitive in an extremely tough economic environment of growing inflation, continuing supply chain issues and potentially, a recession by the end of 2022.

The difference between digitisation and digitalisation

Put simply, converting something that’s analogue into a digital format is digitisation.

Digitalisation, however, is about the different ways in which old problems can be solved once something is digitised: all the new ways we work now that documents, data and processes can be stored and accessed digitally.

Examples of digitisation and digitalisation

Calendars are a good everyday example of how digitisation has created digitalisation in our everyday lives.

We can all remember using a paper calendar - you might still have one pinned to a wall somewhere at home - but we mostly use the calendars on our phones now: we’ve digitised our calendars.

Now that we use these digital versions, you can set reminders, update it on the go, and share your schedule with people effortlessly.

By digitising your calendar, the whole timekeeping and scheduling process has been transformed. This is digitalisation.

Let’s say that you owned a retail business, which uses numerous paper logbooks to keep track of processes, such as food temperature checks. You might digitise these logbooks by turning them into a digital document and completing them using your computer or a device. 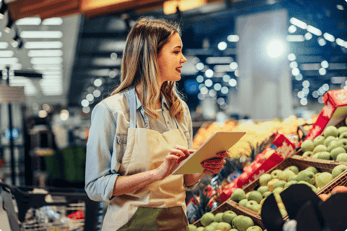 But now, you can approach the whole process completely differently: anyone who needs the logbooks, or the data stored on them can access them from anywhere, and you don’t have to worry about losing them because they are backed up in the cloud.

This data can automatically feed into your internal and external reviews and audits – cutting out manual data entry, and ensuring it is accurate without any risk of it being altered. If your managers want to see how the business is functioning, they can pick and choose the relevant data and view it on a digital dashboard at any time.

The way you work has been fundamentally changed - you have digitalised this entire process by digitising your logbooks.

How does digital transformation relate to digitisation and digitalisation? 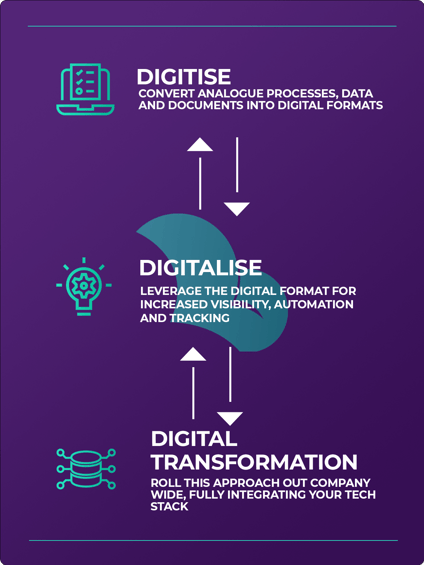 This discussion may sound like splitting cyber-hairs, but not understanding the difference between digitisation and digitalisation can impact a business’ ability to drive value from new technologies.

The adoption of the Internet of Things (IoT) is a classic example of the problem.

IoT has been used to great effect in manufacturing for more than 30 years, but it recently became both more sophisticated and economical to invest in sensors for other industries.

This was enormously exciting in the early part of the last decade, as everyone recognised the potential for automation, big data and smart networks. IoT is still seen as a corner stone of Industry 4.0: the movement towards fully digital operations. 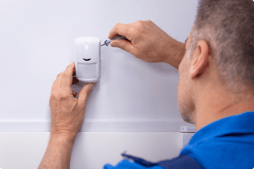 But many businesses failed to see this new digital tool in a wider context and fell short of achieving transformational change despite being early adopters.

So how did such an important tech break-through end up being so disappointingly un-impactful?

The huge majority of early adopters were disappointed because they failed to see the difference between buying sensors and using them to work in new ways. Large networks of sensors were set-up, tracking any number of metrics, and left to passively feed data into silos that were left untouched.

Even today, studies regularly report that as much as 99% of all IoT data isn’t even looked at.

With no analysis, no action and no insight, these digitised networks have failed to bring about digitalisation.

But the winds are changing, as companies are much better at understanding how to get value from IoT networks.

For example, a forward-think FM provider might be using sensors to count door opens. When an arbitrary threshold is reached of 30 visits, it triggers an alert that’s sent straight to an employee’s phone, telling them it’s time for a spot clean.

Using an appropriate, IoT-agnostic software on their mobiles, such as mpro5, the attendant can scan a QR code in the same bathroom to confirm they’ve cleaned it. This informs other operational teams and management that the job is complete, and the sensor starts counting again.

Managers can use a dashboard on their device to see an overview of what jobs need completing and what has already been completed, and infer reasons as to why certain patterns are forming.

Now, more accurate predictions of the future can be made – impacting scheduling, improving performance, and generally increasing the effectiveness of the entire facilities management team.

This is digitalisation in action – where IoT technology has improved the business from top to bottom, transforming each process as fully as possible to achieve maximum value.